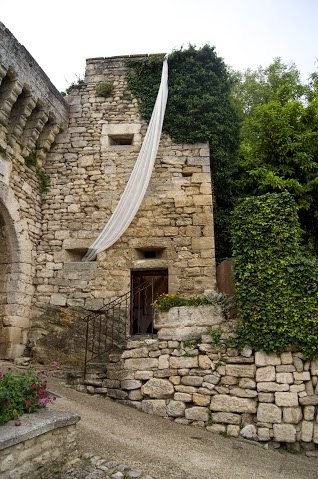 In Lacoste, there is a tale about the clouds of happiness.  The clouds of happiness float above Lacoste and are within reach to those below.  On the roofs of most of the homes in the village is an extra tile in the shape of a hand which is reaching up to grab these clouds.

The environment was site responsive.  All the objects in the installation were found in and around Lacoste.  For instance the antique wire boxspring and the chain link fencing,and the egg and moss were found in the woods during my morning hikes.  The swing and the love letters were found at the antique flea market.  I did not set out to search for or find any particular object.  Rather, I let the story unfold as I found each object for the installation.  The boxspring was the first piece I found (abondoned in the woods), and I knew it would be the main focus of the piece.  I was restricted by the gallery space.  It is an original restored medieval cave, and I was not allowed to drill any further holes into the stone.  There was one crosswire, and I decided to hang the boxspring vertically from it.  The glowing white bedsheets on the boxspring were an amazing backdrop for the vintage scythe, which the gardener at the school lent to me.  It is an important component of the environment and very personal to me. I purposely positioned the scythe, which is seen as a symbol of the Grim Reaper, on his side of the bed to make the statement that death is my friend. As an emerging artist in graduate school at 50 years old, death reminds me to use every moment I have and live my life to the fullest.  I also incorporated sound (in the form of a recording I did on one of my walks of a bird greeting the dawn of the day) and an olfactory component in the form of Linden flowers (Linden trees surrounded the village and the scent was intoxicating). 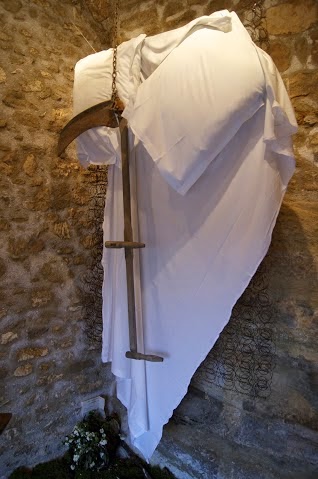 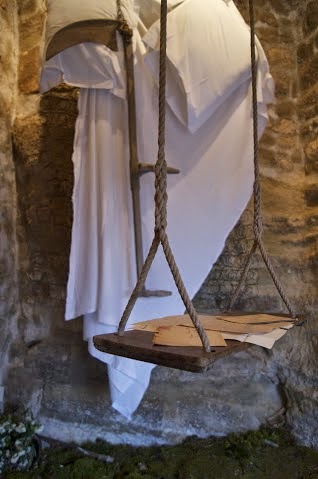 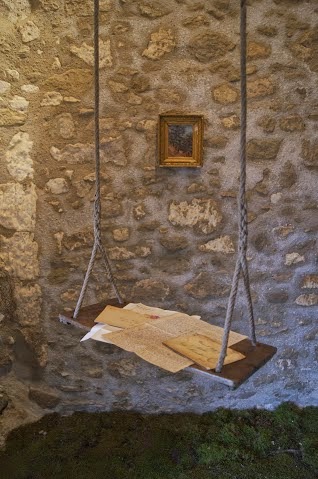 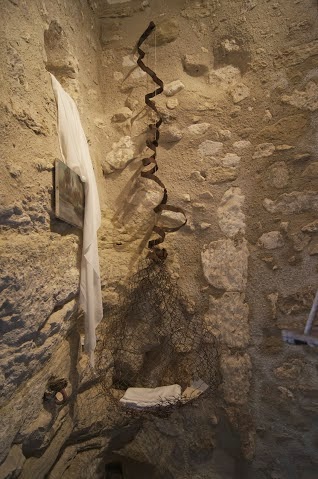 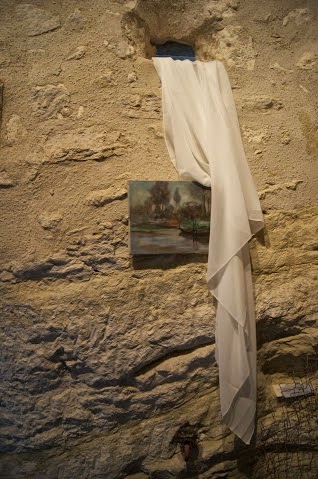 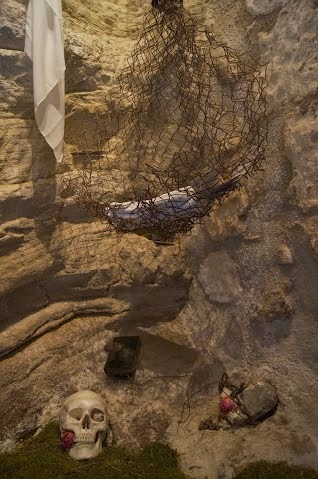